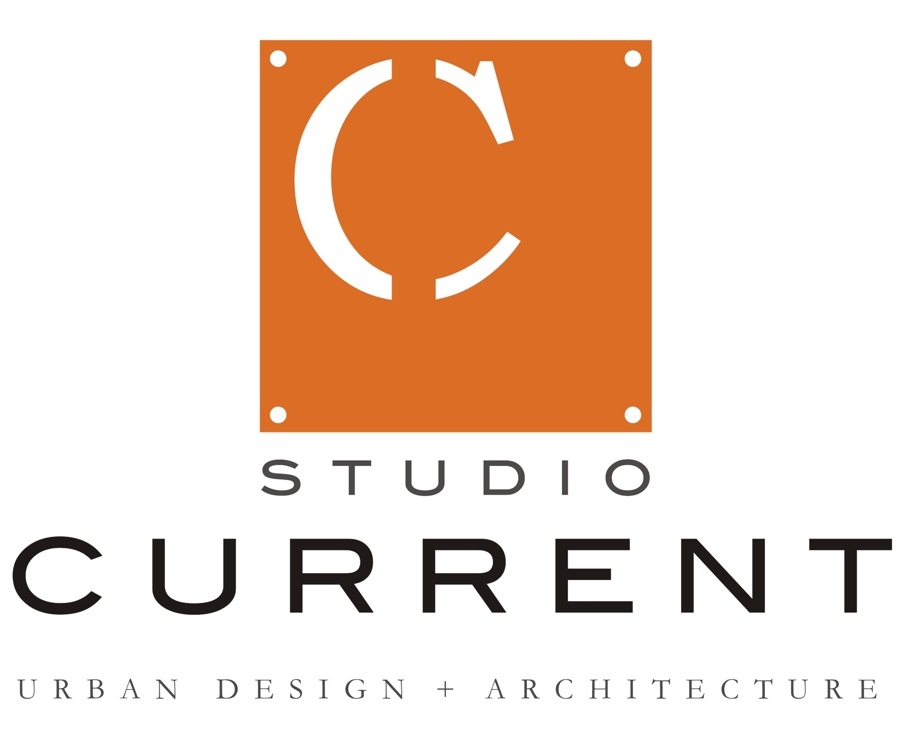 SOME OF OUR WORK IN THE COMMUNITY 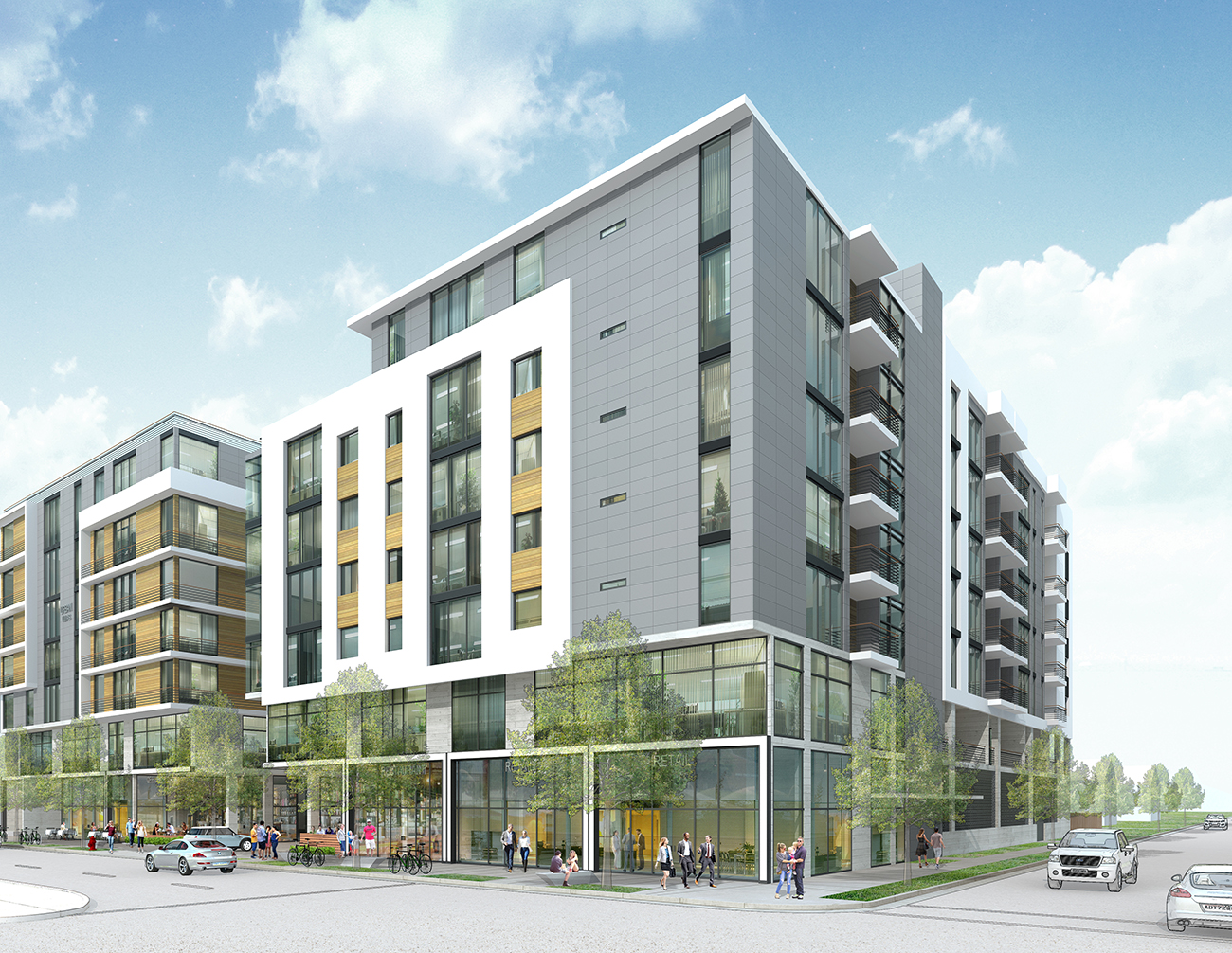 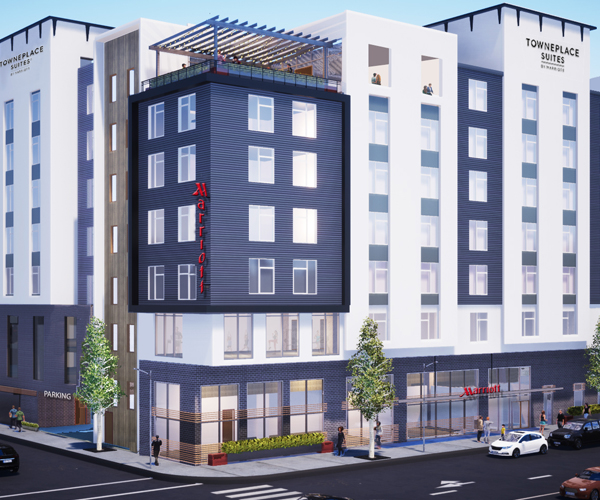 Urban Catalyst — a developer focused on building in tax-exempt Opportunity Zones— submitted plans today for a proposed hotel close to the future Google campus on the western side of downtown San Jose. 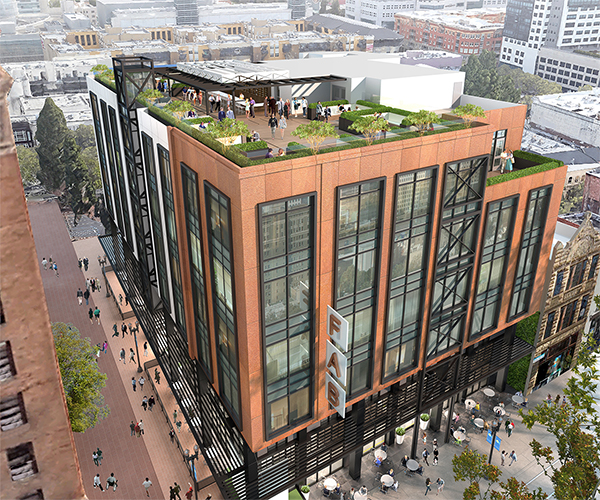 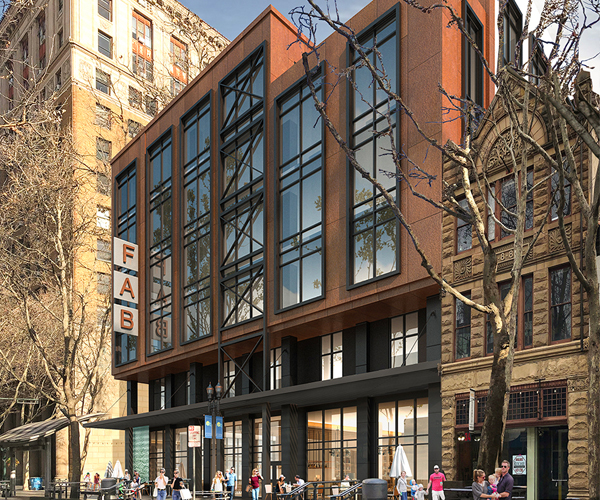 Fountain Alley building in downtown San Jose next to the historic Bank of Italy tower on South First Street, concept. The site of the former Lido night club in downtown San Jose is headed for a major facelift that would preserve the property’s key historic elements and add offices, retail, a restaurant and a new fountain. 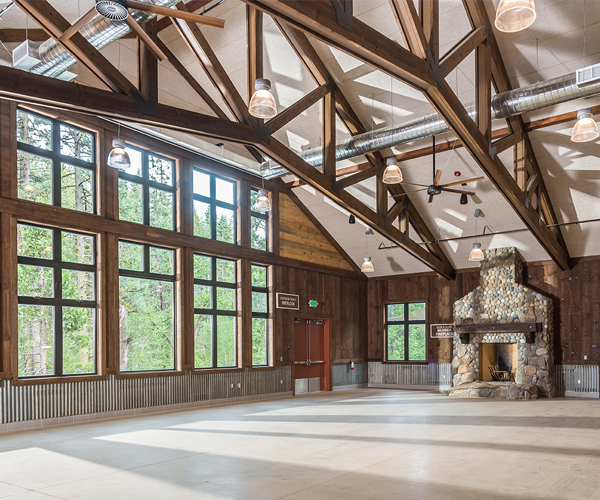 A new dining hall built for the Boy Scouts of America in Camp Hi-Sierra. Check it out! 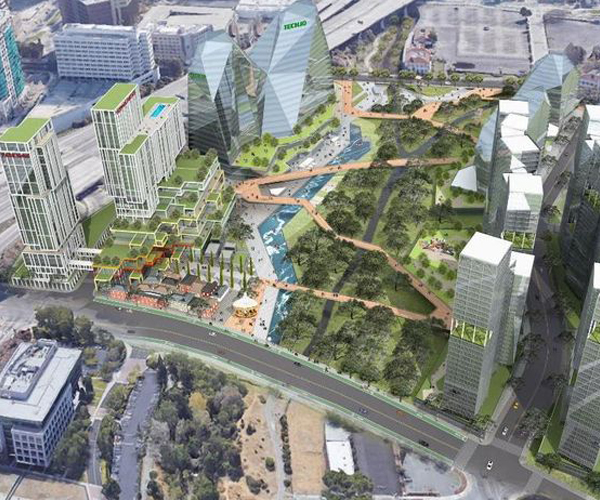 A plan conceived by developer Swenson and several design professionals for an area near Diridon Station.